This hidden gem is available only at designated periods as the entire restaurant is staffed and run by TTHTI students as part of their education. Serving delicious meals at a high standard, it is well worth the wait. When open they serve breakfast, lunch and dinner as well as Sunday Brunch on the last Sunday of the months during which the restaurant is active.

The Trinidad and Tobago Hospitality and Tourism Institute is located in Chaguaramas, in the northwestern peninsula of Trinidad. The view from the Institute is that of the Gulf of Paria, a large body of water and peaceful host to all manner of sea traffic. The Institute’s early history did not mirror this peaceful view, having begun as a hospital for the Americans during their occupation of Chaguaramas, which was a military base during World War II.

The location came into the possession of the Americans in 1941 and became host to a garrison of 20,000 troops, making it the largest military base outside of American soil. All in all, the Americans stationed some 130,000 men here during and after the war years, until 1967.

The Institute in its early manifestation as a military hospital boasted 200 beds. It was ecommissioned in 1967 when - upon their departure - the Americans handed the entire base, hospital and all, to the independent Government of Trinidad and Tobago.

For four years, the former base slumbered until 1971 when Government modified the facility in preparation for its new identity as a hotel school. The school was formally established by an Act of Parliament on May 31st, 1972 and operated under a joint venture arrangement with the Canadian Government through association with Ryerson Polytechnic Institute. By 1975, this association had come to an end and the Government assumed total responsibility, at which time, under the umbrella of the Industrial Development Corporation (IDC), the school was named The Trinidad and Tobago Hotel School.

With the subsequent disbanding of the IDC, the school was placed under the auspices of the Ministry of Education, and a Board of Directors was appointed to govern its daily operations. This structural change inspired a name change and the school became known as The Trinidad and Tobago Hospitality Training Institute.

In 1996, the name underwent another change, becoming The Trinidad and Tobago Hospitality and Tourism Institute – a name that more fully reflected the scope of the Institute’s products and services and its place within the hospitality and tourism industry. 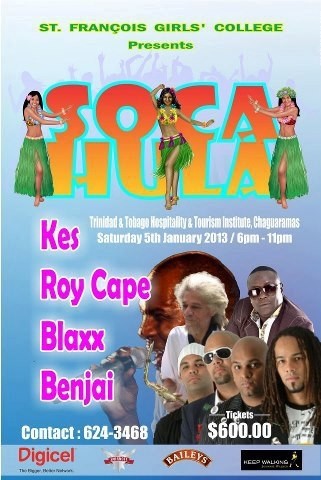 St. Francois Girls All In...

St. Francois Girls All In...