Stuart Hahn was born in Nevis, lived in Trinidad all his life and began his artistic career as a Graphic Illustrator in the advertising industry during the 1970s. He has illustrated three children’s' books, Derek Walcott's "Ti Jean And His Brothers" being the most acclaimed. He has exhibited internationally and locally since 1984, and his works are represented in collections in Europe, the US, Canada and the Caribbean. He is particularly celebrated for the sensitivity of his ink and colored pencil drawings which draw their inspiration from the mythologies of Greece, India, the Bible and the folklore of Trinidad.

“Mythology is not a lie, mythology is poetry, it is metaphorical. It has been well said that mythology is the penultimate truth--penultimate because the ultimate cannot be put into words. It is beyond words, beyond images, beyond that bounding rim of the Buddhist Wheel of Becoming. Mythology pitches the mind beyond that rim, to what can be known but not told.”
― Joseph Campbell, The Power of Myth

The predominance of homosexual eroticism in these pieces is not necessarily a result of personal inclination but the belief that it is part and parcel of everyday sexual - and non sexual - living, a valid contribution to the way the world works and can be seen to work.

The myths and legends that have influenced me in my work, like everything in life except perhaps the love of money, have an undercurrent and are inspired by sex, heterosexual and homosexual. To compartmentalize sexuality like this is to ignore so many other wonderful and terrible variations of it. But perhaps that's another exhibition.

The "Judgment of Paris" caught my attention as a child in books my mother brought back from the San Fernando library, full of the art of the world, Rubens in particular, who painted this first beauty competition numberless times. My attraction and inspiration was obviously profound and indelible. The Biblical story of Saul's unhinged love/hate of David could only, to me, be justified by his sexual jealousy of David and Jonathan's sexual relationship. The Narcissus legend offers an investigation, of course, of narcissism, and, in this series, effeminacy, a much maligned and misunderstood compartment of masculinity on the whole. This aspect of masculinity I also relate to in the "Genderfuck" series, two of which are offered here.

About my “series”, they don’t stop, for me they only go into abeyance. The reasons I named this exhibition “Revisitings”, is a way of saying revisions and re-workings (maybe also self-canabalizings), but also just to keep it at one word: simple, short and uncomplicated. 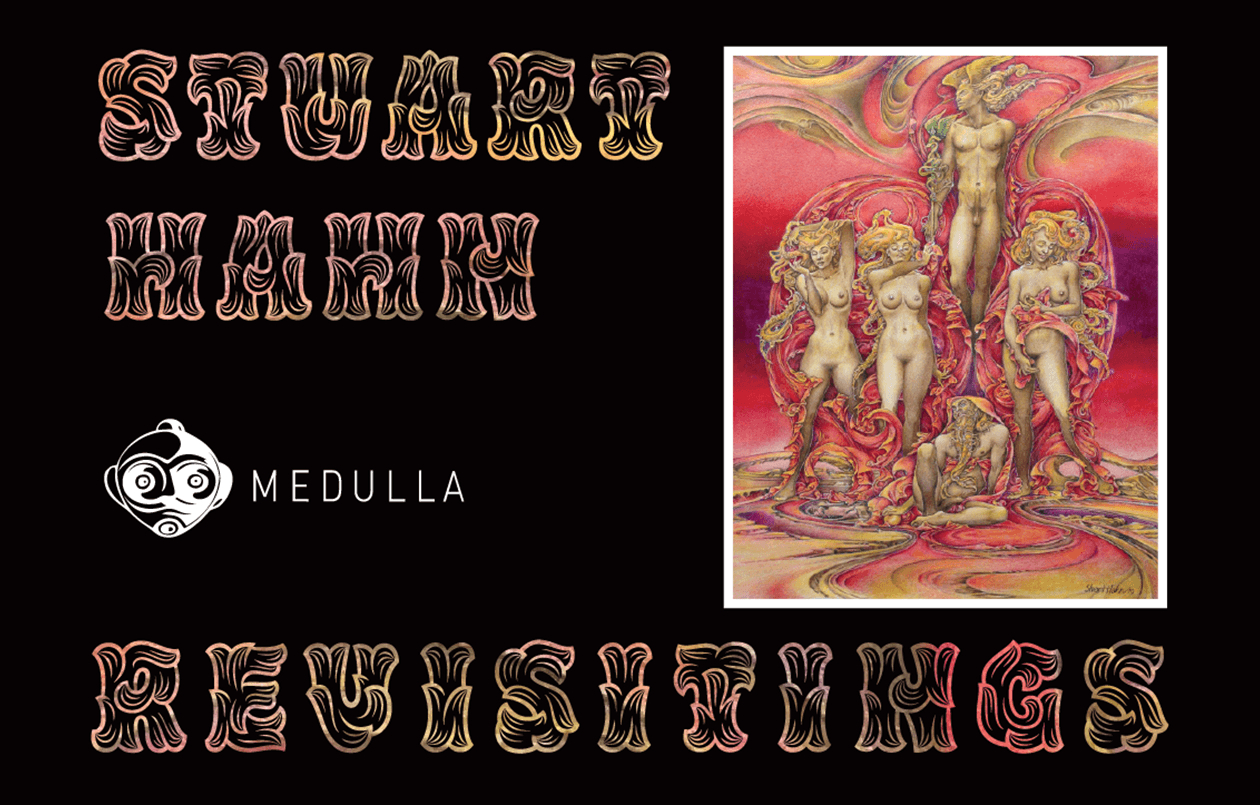 Get Directions to Medulla Art Gallery