The Emancipation Support Committee presents Forward Friday: An Evening with King David. In Celebration of its 20th Anniversary and the 50th Anniversary of Trinidad and Tobago's Independence we invite you to the grand opening of Emancipation 2012 at the Queen's Park Savanah on Friday 27th July. Featuring: David Michael Rudder performing all his classics Song and dance by Wasafoli, the premiere National Dance Troupe Earl Brooks on Steelpan with friends Special Reserve Tickets: $200.00 General Admission Tickets: $150.00 Tickets available at: Cleve's One Stop Crosby's St. James Atherley's By the Park, San Fernando ESC Office 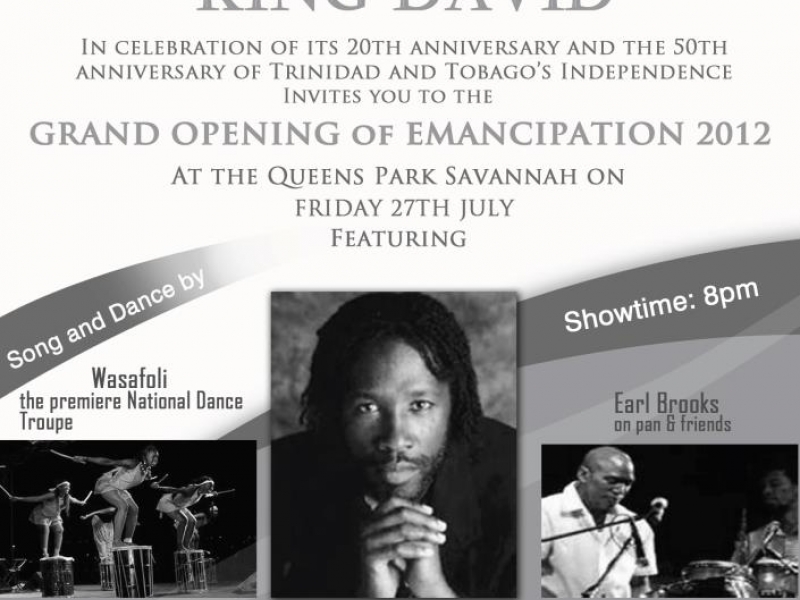 Get Directions to Queen's Park Savannah