New Waves! Commission Project PREMIERES Two New Works - "Moreechika" by Ananya Dance Theatre and "Palm Oil Rosary" by Chris Walker. BUY NOW! http://makedathomas.org/tickets 'MOREECHIKA' Moreechika will explore the affect oil drilling projects have on global communities of color and portray how women from these communities resist and survive systemic and hierarchical violences associated with these projects. We plan to contrast the abundance of oil and financial gain with the scarcity and poverty of the communities nearby and around oil drilling projects. Moreechika is the third performance in a four-year anti-violence artistic initiative that has been researching efforts among women from global communities of color to resist the violent and capitalist misuse of four physical elements in particular: land, gold, oil, and water. The initiative foregrounds embodied knowledge and incorporates scholarly research. This work is being presented as part of the International Choreographers Commission Program. 'PALM OIL ROSARY' The solo vocabulary was generated from prompts that sought to locate the body’s stories of guilt narrative. Many thanks to the dancers for their generosity of spirit and devotion personal and collective growth throughout the process. This work is being presented as part of the Local Dance Commissioning Program. Performances will take place on Friday, 27 July and Saturday, 28 July 2012 at 8pm in The Dance Studio at the Academy for the Performing Arts. Limited seating is available. Tickets are $150 TTD and can currently be purchased online at www.makedathomas.org/tickets. Learn more here; http://makedathomasinstitute.tumblr.com/post/18902991257/new-waves-commission-project ABOUT ANANYA DANCE THEATRE Ananya Dance Theatre (ADT) is a singular company of women artists, primarily of color, who work at the intersection of artistic excellence and social justice. Inspired by the commitment and passion that infuse women’s movements worldwide, the artists in this company create original works that reflect women’s lives, foster strong communities, address social-justice issues, convey power and create beauty. ADT has been lauded around the world for its riveting, emotionally charged and virtuosic dance works. ADT is also sought after for community-building programs that empower individuals and strengthen underserved groups through movement and creativity. Taken from the Bengali word ananya (na·anya), “like whom there is no other,” ADT is the standard-bearer for dance that articulates ideas and expresses women’s lives to mobilize social change. Initiated as a community-based ensemble in 2004, ADT received its non-profit status in 2006. Voted “Best of Twin Cities” by Mpls/St.Paul Magazine in 2005, the 12-member company has so far produced 8 concert seasons in the Twin Cities and is reputed for its sold-out houses. ADT’s work has been presented in 11 other U.S. cities and nine other countries. ABOUT CHRIS WALKER Chris Walker (Jamaica) is a dancer and choreographer with the National Dance Theatre Company of Jamaica (NDTC). He is also the founder and artistic director of "VOICES" a dance company exploring the fusion of Caribbean dance and contemporary styles using the traditional stage, alternate spaces, and multimedia as a medium. With VOICES, he performed on university campuses in Western New York, and with the NDTC, Mr. Walker toured the United Kingdom, United States, Canada and the Caribbean, performing in several cities in those countries and region. His choreographies have been performed in Jamaica, New York and England, where he has presented solo work for the HIP Dance Festival. In addition, he taught Caribbean Dance Workshops in Jamaica, England, and the United States and conducted several successful artistic residencies at universities including Hobart and Williams Smith Colleges and Temple University, among others. Mr. Walker is a graduate of the Edna Manley College of the Visual and Performing Arts (EMCVPA) in Kingston, Jamaica, where he received awards for excellence in choreography and dance theatre production. He also holds Master of Fine Arts and Bachelor of Fine Arts Degrees from the State University of New York, College at Brockport where he taught for more than two years. In 2004 Walker received the highest award in the Thayer Fellowship in the Arts Competition in New York, and a Certificate for Merit from the American Theatre Festival Association for his choreography of "Once on this Island" for Brockport's Department of Theatre. He has since returned to Jamaica to work with the NDTC and his alma mater, the EMCVPA, where he serves as a consultant in the department of Folk and Traditional Studies. Most recently he received a nomination for "best choreography in a musical" for Jamaica's Annual National Pantomime and continues to tour and conduct artistic residencies at schools and colleges throughout the United States. ABOUT THE DANCE AND PERFORMANCE INSTITUTE The Dance & Performance Institute is an international community of dance and performance artists, a forum for exchange, and a series of programs on contemporary dance and performance in the Caribbean. 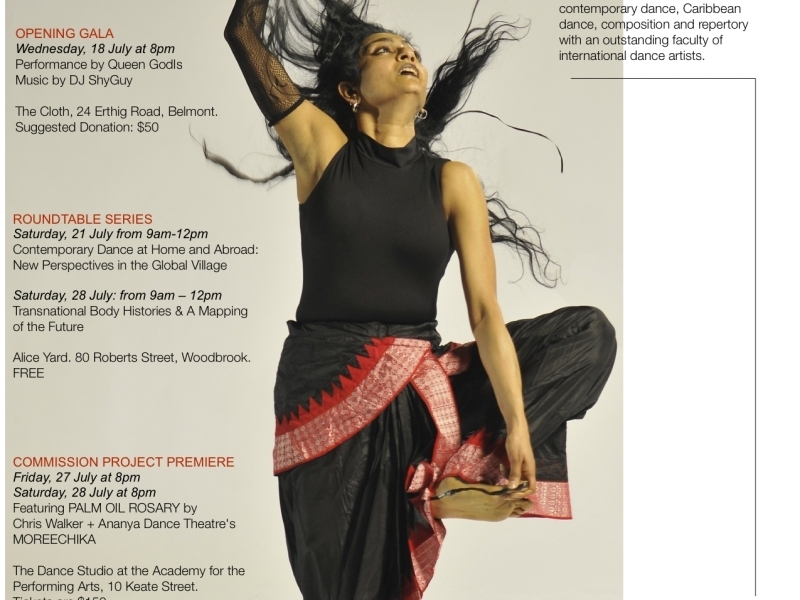 Get Directions to National Academy for the Performing Arts (NAPA POS)

Nice to meet you