Classics of the 20th Century: Clash of the Titans

considered as Titans of Back in Times music at this time meet in a friendly duel at the posh, classy and luxurious Katalyst Nightclub and Lounge, Cor Gray and Rust Streets in St Clair at 10pm to treat us their fans to a variety of high class ole skool music...

Come early, the friendly duel starts at 11pm so get settled by 10.30pm. A rare treat not to be missed.

Few Limited $150 tickets still available from Crosby’s St James, Caches Nationwide, Cleves One Stop, Trevor’s Edge, Diamonds by Sarah’s and all NLCB Lotto Outlets or call 303-3506 or 776-1032 for further information and ticket bookings. At the door you pay $200.

An event not to be missed. So don’t be left out!

There are no additional photos for this event. 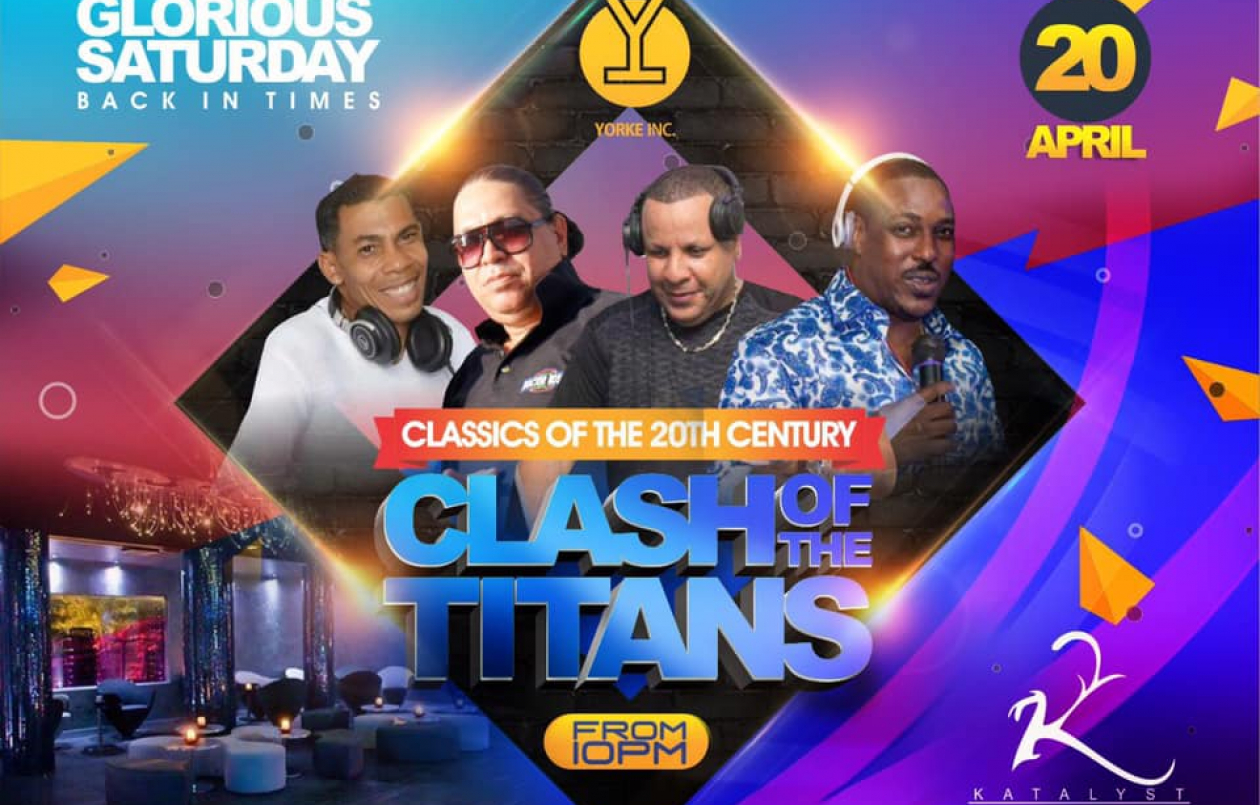 Get Directions to Katalyst Night Club